Love is a wonderful, exhilarating experience. Yes, it can take you to the lowest of lows and experience the highest of highs but in the end, we’re all better off for having experienced it. After all, what is life without love?

Today, we celebrate and countdown our favorite couples from fiction and the reel-life who’ve given us some serious real life inspiration for relationships, while damning Shakespeare once or twice. Here we go: 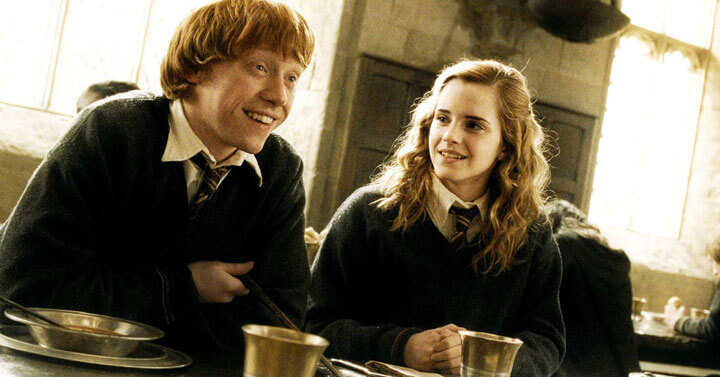 “Hermione, I don’t know what’s gotten into you lately!” said Ron, astounded. “First you hit Malfoy, then you walk out on Professor Trelawny-“
Hermione looked rather flattered.

Two best friends turned lovers. Isn’t that the best kind of a relationship? With all the comfort and familiarity of a long friendship and the sparks of love. And lets be honest – while Ron seemed goofy most of the time, he did have moments when we couldn’t help falling in love with him. Whether it was jinxing Malfoy for insulting Hermione (or trying to), calling for Her-my-oh-nee when he was injured, fighting like never before to save her from Bellatrix, learning the importance of respecting other species and joining her in saving the house-elves of Hogwarts – you can see why Hermione might fall in love with him, bit by bit.

Barbara: Lydia’s trying, but they don’t believe her.
Adam: She’s got photos, Barbara.
Barbara: Adam, you had a photo of Big Foot! 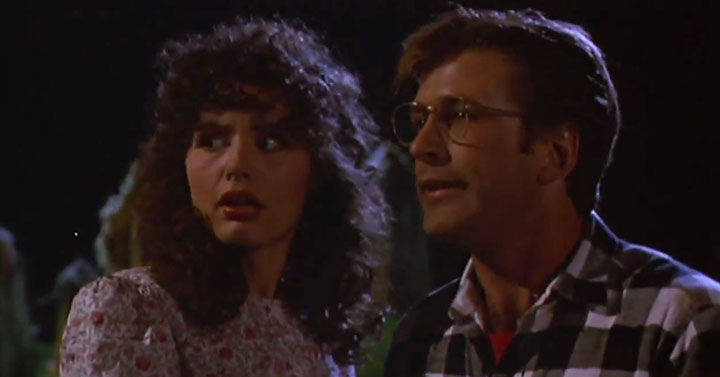 Imagine a relationship where you’re so comfortable around each other that there’s no pressure to act in a certain way, there are no awkward moments and you can be weird and lazy when you’re together like the best friends that you are. That’s Adam and Barbara for you. Could there be a better person to have as your companion for all eternity as a ghost? And guess what – with a relationship like that, even death cannot part you.

Whatever our souls are made of, his and mine are the same. 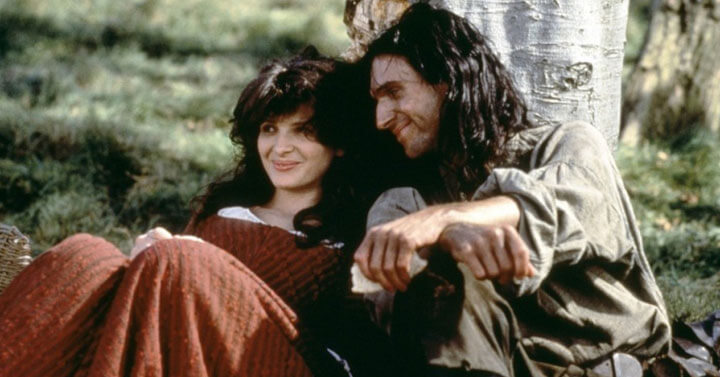 Think of grand passion, an affair of the ages and Heathcliff & Catherine come to mind. They both were selfish individuals who often left the others around them unhappy, but their love was their only redeeming quality, so much so that Heathcliff called Catherine his soul. After all, what are Raj and Simran from DDLJ than facsimiles of Heathcliff & Catherine? 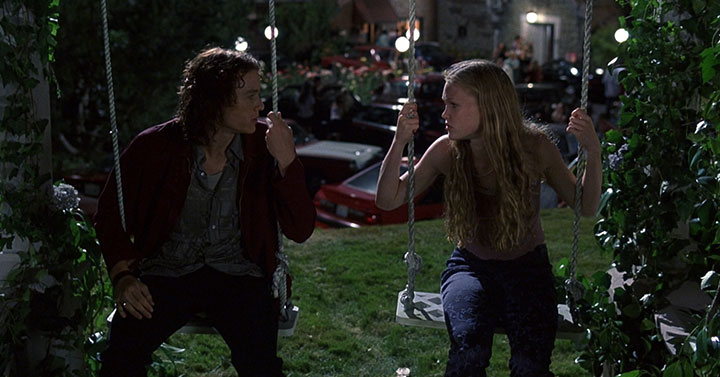 What’s better than love itself? Falling in love! That moment when you realize you’re in deep but have no recollection when or where you started – we dare you to resist. Patrick and Kat helped us fall in love with falling in love all over again and we smiled and aww-ed like loons throughout it all.

Phil: “Guess it’s just one of those things that we’ll never know, like what really happened to the Titanic.”
Claire: “It hit an iceberg.”
Phil: “Maybe.” 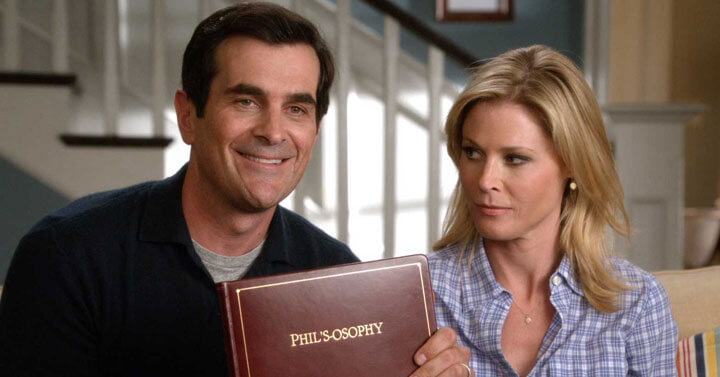 What can we say about this modern couple? You’d be surprised how much you have in common with someone completely different from you. Phil’s wild imagination may be the foil to Claire’s cool practicality but at the end of the day, their shared dedication to bringing up their children and leading happy lives is the stuff of a match made in heaven (not to mention great comic relief).

“There could have been no two hearts so open, no tastes so similar, no feelings so in unison” 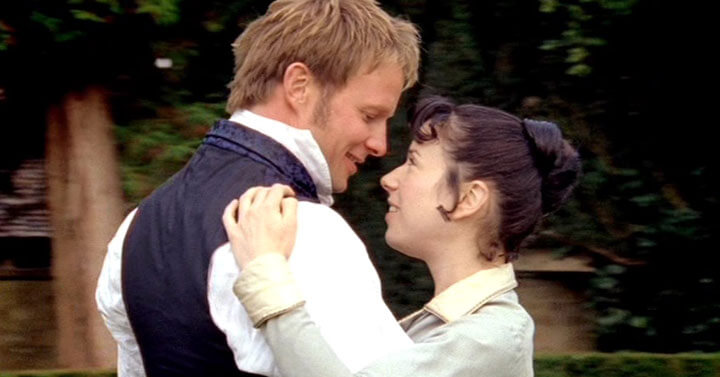 Jane Austen had a talent for portraying the Georgian society in a way that a reader had no choice but to enjoy its fancies and ponder its hardships. However, Persuasion was more fanciful – a novel truly devoted to a love story than witty observations on the times. Anne and Frederick were star-crossed lovers, who fell in and were kept apart by their difference in social standing. During this parting, both suffered, Anne became a shadow of her former self and Frederick lost his easy laugh and youthful naivety. But keeping with the eternal optimism of a good love story, they met again and fell in love again and lived happily ever after. The book itself begins at a note of great despair and loneliness and ends with transcendent happiness and thus, a reader cannot help but feel they know exactly how love feels.

“I come here with no expectations, only to profess, now that I am at liberty to do so, that my heart is and always will be yours.” 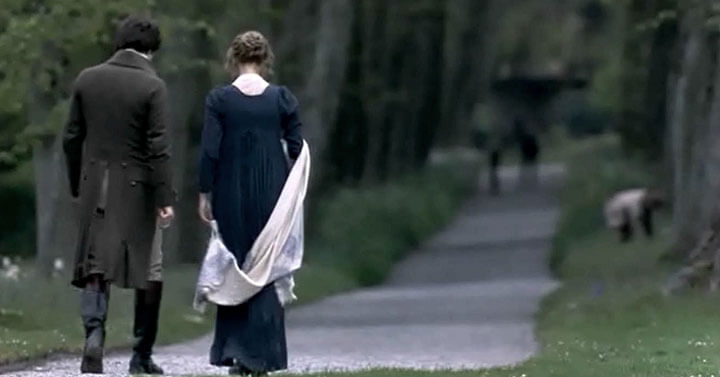 For those of us who are known because of their sensibility, quiet practicality and restraint – Edward and Eleanor are true romantic heroes. Despite a hysterical sister (on both sides) and difficult circumstances that kept them apart, they kept their counsel, had faith in their love and made their way back to each other in the end. Who said love could only be the stuff of drama? (Shakespeare be damned). 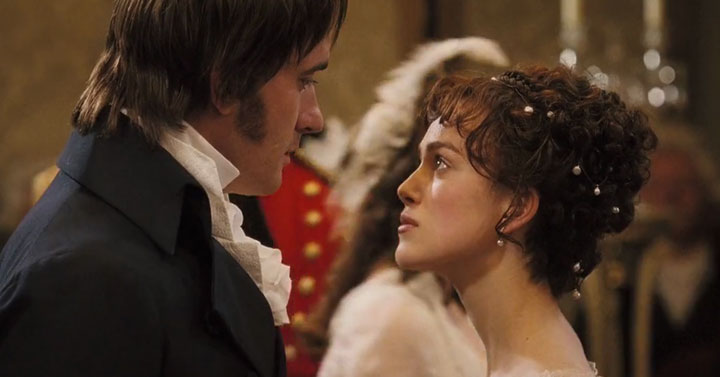 You are too generous to trifle with me. If your feelings are still what they were last April, tell me so at once. My affections and wishes are unchanged; but one word from you will silence me on this subject for ever. 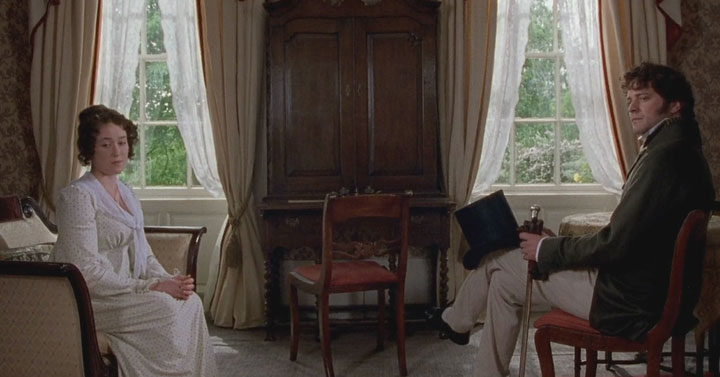 Let us just say straight out – this list would be fatally incomplete without at least an honorable mention of Lizzy & Mr. Darcy. Shakespeare may have written the book on love with Romeo & Juliet, but Austen changed the conversation with this duo. They were completely different in temperaments, societal standing and proud and prejudiced. But, they both came around and recognised their faults (with the help of a little thing called communication) and managed to save the day and their love.

“Thanks for the adventure. Now go have a new one!
Love, Ellie” 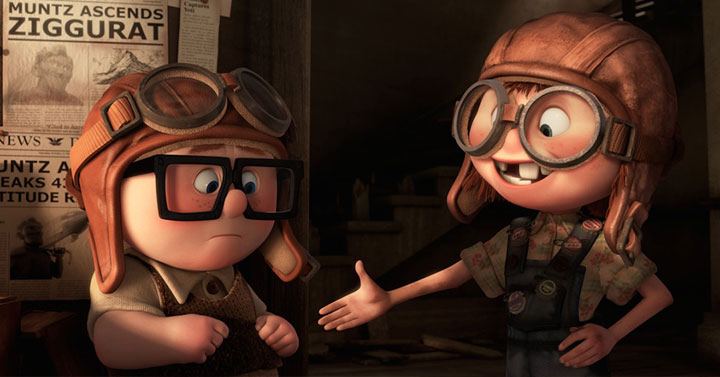 In this entire long list of the best couples from the world of fiction, Carl and Ellie are hands down our favorites. This lovely couple met as kids crazy about exploring the world and united in their regard for Charles Muntz. 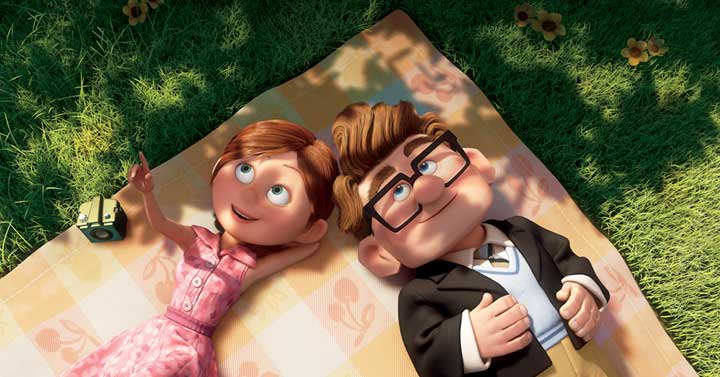 With their marriage, came many ups and downs – whether it was the disappointment of a miscarriage or the pleasure of building their house, Ellie & Carl rode out each adventure, made sweeter because they were together. When you think of growing old, money and beauty hold no importance. It’s growing old with someone who knows every little thing about you and is your partner, in the truest meaning of the word. 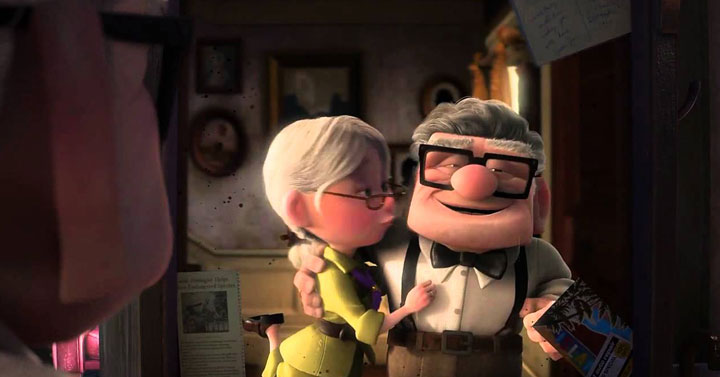 We know its easy to get carried away with crazy checklists of #RelationshipGoals but in the end, if there’s love, you’ve accomplished the most important goal of any relationship. And if you feel like you’d done that and know someone you’d love to grow old with, we can help. Our professionals would love to help take your relationship to the next level – capture some memories with a couples’ shoot or celebrate your love with the promise of marriage. Whatever the case – we promise the future holds a lot of love!

Everyone Deserves the Festive Cheer