An acquaintance expressed dissent in the middle of the video, “You couldn’t leave your feminist rant on even men’s day?”. I watched in silence and gestured him to do the same. After it ended, he smiled and said, “Thank you!”

Why did we make this video specifically for men’s day? It certainly did not embody the (misconstrued version of) feminism that a lot of us believe in. What was THE PURPOSE? 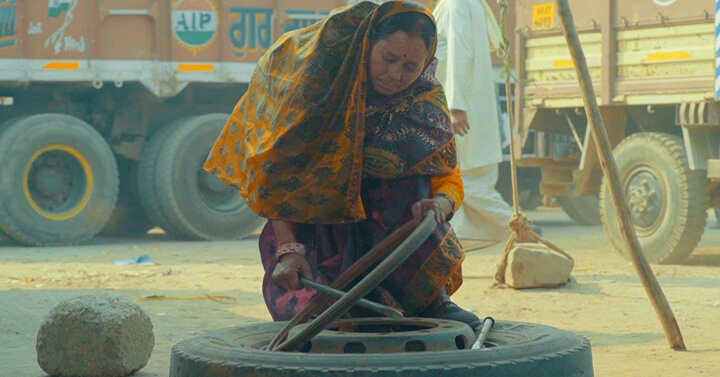 Shanti Devi sits comfortably on her charpoy shielding the gleaming sun with her hands. She gestures for me to sit beside her and offers me a cutting chai. I question her, “Do you know what feminism is?”. She gets puzzled and gestures no. I ask again, “Do you know what sexism is?”. She smiles shyly, perhaps at the mention of the word sex, and says no.

Just then, a gentleman parks his truck and calls out, “Auntie, take a look!”. She excuses herself and starts fixing the punctured tyre of the truck. 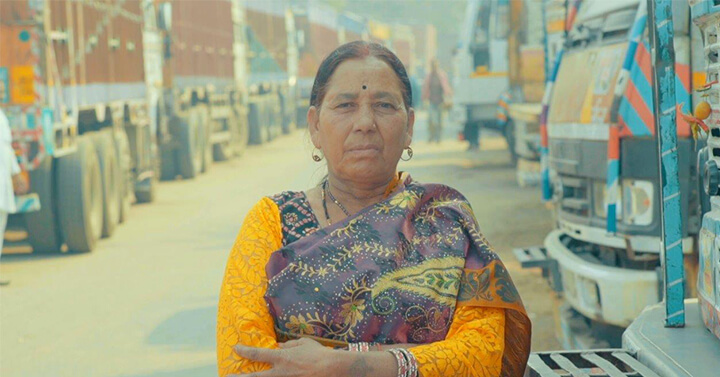 Meet Shanti Devi, at 56 she is the only woman truck mechanic in India at Asia’s largest truck halt point – Sanjay Gandhi Transport Nagar (SGTN). She works in an area where speaking in crude platitudes and dusty roads are a common sight. As the many soot-darkened hands exchange tools to fix the punctured tires of this male bastion, her bangles clink as they brush the same tools, darkened by the same soot. The mother of eight, has also trained her husband in this field. He has worked alongside Shanti Devi since they moved to Delhi, 45 years ago.

Her story is a testament to the fact that you needn’t know the definition of feminism to understand the meaning of it, as do all the women who are a part of this video. 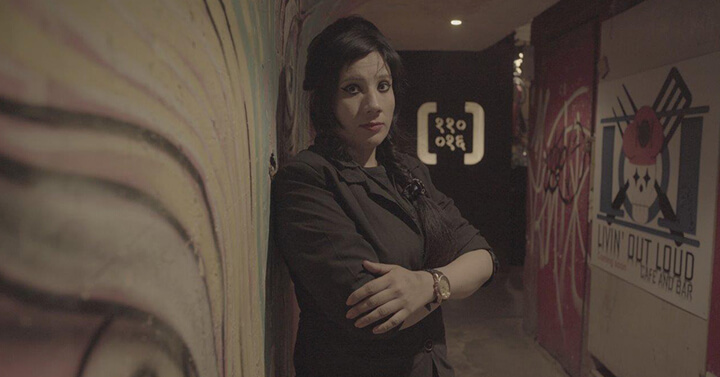 Mehrunnisha, the 30 year old bouncer at HKV social has quite a job. She has to make sure that no weapons make their way into the lounge. She also guards the women and protects them from drunk misbehaving men at the pub. Born to a Hindu mother and a Muslim father, Mehrunnisha hails from Saharanpur in U.P. She protected many Bollywood celebrities like Shahrukh Khan, Deepika Padukone, Akshay Kumar, Salman Khan and Vidya Balan, during events in Delhi. From the days of battling her conservative father who used to cut electricity supply just so the daughters couldn’t study, to enrolling as an NCC cadet, she has come a long way. Despite holding a degree in Hindi Literature, it was only with the help of an NGO that she got a job as a bouncer. The fact that Mehrunnisha was trained in karate piqued her interest in the job and improved her chances to get it. 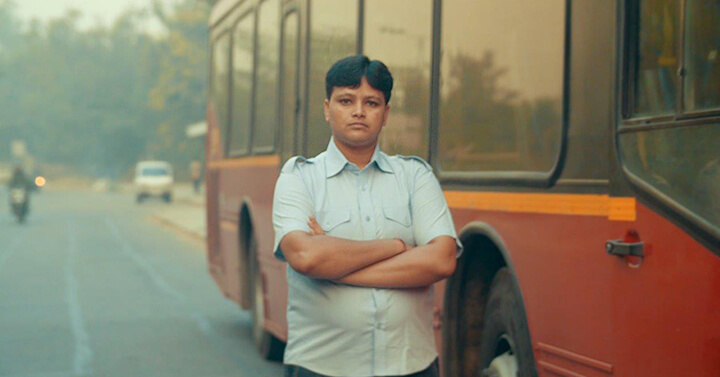 Vankadarath Saritha, is the poster girl for public transport in Delhi. She starts her route at 6 A.M every morning in the midst of 5,000 public buses. She is the first woman in a city of 10 million to take up the responsibility of driving its population around. What started as an effort to end the endemic sexual harassment in public transport, has led to an idea that is an inspiration to many. She hails from a village 900 miles away from the capital, in Telangana. She left school at 16 and earned a living by driving her father’s auto rickshaw. She has made her way to the capital and a pay check of over 20,000 rupees a month only with the belief that she wants to, and she can. Teena Chaudhary, a certified fitness trainer (with UrbanClap) and a gym instructor has trained men and women alike. Her regime not just includes weight training, but also changes in lifestyle. People watch in awe as she lifts heavy weights with ease and teaches others the right technique to do the same. “They sometimes even ask aloud if I can lift the weights that are mostly assigned to men. They fail to understand that it is more about the technique than the strength.”

What do these women have in common apart from being passionate & having an unconventional career choice? They are women who embody feminism. Who tell us that they do not need men, but want them. Who do not need to undermine the opposite sex to feel empowered. Who do not need to say, “I can do it despite the fact that I am a woman”. They just say they can, because they want to. Who do not take a stand in the debate of men v/s women. They just stand on the middle (balanced) ground and say, “We can coexist.”

THE PURPOSE of this video was to bridge this very divide and end this debate. Whatever feminism or sexism may mean, we stand as equals to coexist. We want each other, every step of the way.